p.Article - For China, Nobel Prize in science is still a big leap away 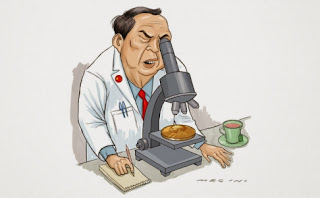 For China, Nobel Prize in science is still a big leap away

Cong Cao says the obstacles that stand in the way of a Chinese national winning a Nobel Prize in the sciences are only too real, notwithstanding Beijing's dream of glory

For one week every October, a serious bout of anxiety grips China. But it is not purely down to nervousness over which prominent dissident is in the running for the Nobel Peace Prize, awarded to the Dalai Lama in 1989 and Liu Xiaobo in 2010.

Rather, it reflects the Chinese government's unsated craving for a home-grown scientist to win a Nobel science prize; cast-iron proof of technological power to match its economic might and a reassertion of its capacity for innovation, first demonstrated by the so-called "Four Great Inventions" of ancient China: the compass, printing, gunpowder and papermaking.

This year, though, the trophy cabinet again lies empty. China has resorted to celebration by association. One of the Nobel Prize winners for medicine, announced last week, is Thomas Südhof, a professor of molecular and cellular physiology at Stanford University School of Medicine and husband to Chen Lu, a high-profile Chinese neuroscientist. The University of Science and Technology of China, Chen's alma mater, enthusiasti-cally cheered a Chinese son-in-law and, in this way, China is at least related to the honour.

It is a familiar tactic. In 2008, an excitable Chinese media celebrated the chemistry prize of Roger Y. Tsien, an American citizen born in the US but also a nephew of Qian Xuesen, known as the "father" of China's space programme.

Ethnic Chinese do feature among China's Nobel laureates for science. But the glaring fact is that not one is a product of the education system of Communist Party-led China.

Winners of the physics prize in 1957, Chen Ning Yang and Tsung-Dao Lee held passports issued by the Kuomintang government, which was overthrown by the Communist Party in 1949. They both attended the National Southwestern Associated University, an institution formed during the second world war by an amalgamation of Peking, Tsinghua and Nankai universities in Kunming , Yunnan province, before moving to the US.

Samuel Chao Chung Ting (physics, 1976), Yuan Tseh Lee (chemistry, 1986), Daniel Chee Tsui (physics, 1998) and Charles K. Kao (physics, 2009) all moved to either the US or Britain after completing their high school, or even their undergraduate and part of their postgraduate education, in Taiwan or Hong Kong. Steven Chu (physics, 1997), like Roger Tsien, is a product of the American education system.

Crucially, all established themselves in the US or Britain, where they found greater freedom to choose research projects, a rich academic atmosphere and sophisticated lab facilities.

In recent years, Chen Ning Yang has repeatedly lamented the possibility that mainland China will not receive a Nobel Prize in science for 20 years. In the week leading up to this year's prize announcements, Huang Wei, president of Nanjing University of Technology, confidently predicted that winning Nobel Prizes in sciences would be standard practice for Chinese in 10 years.

Both crystal balls are clouded by optimism. At this rate, even 20 years is unlikely. None of China's recent scientific feats have come close to prize-winning status and there is little of note on the horizon.

Fifteen years ago, some of China's leading scientists told me that ethnic Chinese scientists born on the mainland, who left for the West soon after Deng Xiaoping ushered in the open-door policy, would soon be winning Nobel Prizes in science. If this did happen, they said, it would represent a humiliation; evidence of the benefits of abandoning China to advance a career overseas and fulfil one's true potential.

This vision has yet to come to fruition. Professor Zheng Yefu, a sociologist at Tsinghua University in Beijing, has offered up some bold reasoning. He argued that no matter where you study - Harvard, Yale, Oxford or Cambridge - you have no chance of winning a Nobel Prize for science if you spend your first 12 years in a Chinese school: your individuality, curiosity, imagination and creativity will simply have been destroyed by the Chinese education system.

It is also a system that binds students to their mentors. A mentor is an authority figure as formidable as a strict father, and to challenge him is unacceptable. This loyalty discourages criticism of seniors and has proved to be a major handicap.

Furthermore, mainland Chinese scientists have not had time to establish a tradition of research excellence and generate Nobel Prize-winning momentum. Many Nobel laureates teach and nurture students who go on to become laureates themselves. Südhof used to study with two Nobel laureates in physiology/medicine.

The past generation of Chinese scientists, including some who studied with laureates abroad, may well have turned out a new crop of scientists had they not been burdened by domestic political traumas stretching from the 1930s to the 1970s. Only in the past 35 years have Chinese scientists been able to focus their whole attention on research. It will take time for their efforts to produce world-class scientific achievements.

Another obstacle is the paucity of excellent Chinese scientists; they are so few in number that they are likely to be transferred from research to administrative posts.

Confucian doctrine teaches that "a good scholar will make an official" and some of the best scientists, knowing that they can in this way secure scarce resources, are more than willing to leave their labs. The downside comes when they become buried in administrative tasks.

The lack of dynamism in the research environment discourages Chinese scientists who have been successful abroad from returning home. Chen Ning Yang has said that he probably would not have won the Nobel Prize if he had returned to China in the early 1950s.

The quest to produce a home-grown Nobel Prize for science has become entwined in China's resurgent nationalism.

Having hosted a glittering Olympic Games and taken its astronauts into space, China sees a triumph on the global scientific stage as a way to convince the world that it has moved from the periphery to the centre.

But winning a Nobel Prize is completely different from winning an Olympic gold. Until the creation of an environment conducive to first-rate research and nurturing talent, which cannot be achieved through top-down planning, mobilisation and concentration of resources (the hallmarks of China's state-sponsored sports programme), this Nobel pursuit will continue to vex the Chinese for many years to come.

Cong Cao is an associate professor and reader at the School of Contemporary Chinese Studies, University of Nottingham

After reading this article, my eyes just teared non-stopped.

I was schooled in a good school. I was not the most brilliant, but I was never weaker. I truly hope to contribute and give back to the people who taught me well. As a young lad, I was never bothered about decorum and rank, I spoke bravely and unreservedly. There were so many things I would like changed. But, yellowskins were never kind to their own kind. If they sense brilliance, they would never pause but kill. This was a basic survival instinct due to a very crowded environment.

I left that one place deeply broken in both my soul and spirit.

Sometimes, when I let the cool water from my little river flowed my hands, I would always recall that with hard work, I would be able to feed my family and those around me. It was not true, little-by-little, my hard work was removed from me. They said that I was never competitive enough. A very refreshing feeling indeed. LOL.

Now, I have finally rested. My true campaign begins.

When I looked at all the little tired-less critters doing marvellous work for me, I felt like a proud father once more.

Ambitious guys don't know that winning Nobel prizes is never key to one's happiness, but seeing one's own hard work paying off is. Having a humble life-style, with occasional treats, is really very good. I saw so many whites who have never ever left their own little home town. So why should we yellowskins be so different? We are not even superior.
Posted by Unknown at 00:47