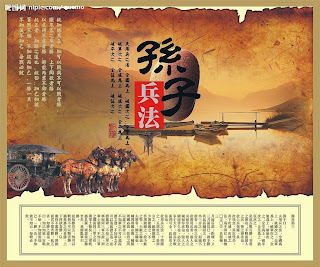 Some translation suggested:
There are three ways in which a ruler can bring misfortune upon his army:
(1) By commanding the army to advance or to retreat, being ignorant of the fact that it cannot obey. This is called hobbling the army.
(2) By attempting to govern an army in the same way as he administers a kingdom, being ignorant of the conditions which obtain in an army. This causes restlessness in the soldier's minds.
(3) By employing the officers of his army without discrimination, through ignorance of the military principle of adaptation to circumstances. This shakes the confidence of the soldiers.
But when the army is restless and distrustful, trouble is sure to come from the other feudal princes. This is simply bringing anarchy into the army, and flinging victory away.
Moran:   故君之所以患於軍者三﹕ Truly, there are three ways in which a sovereign can be an affliction upon his army:
不知三軍之不可以進而謂之進，:   (1) To be unaware that the three armies will be unable to advance and yet order them to go forward,
不知三軍之不可以退而謂之退，是為縻軍﹔:   or to be unaware that the three armies will be unable to retreat and yet order them to do so, is called hamstringing the army.
不知三軍之事，而同三軍之政者，則軍士惑矣﹔:   (2) To not know the inner workings of the three armies and yet personally take on the administration of the entire enterprise is to contrive the chaos of the armies and of their officers. 【PEM: According to the regulations of the Zhou Dynasty, the "Son of Heaven" (the king at this time but later called the emperor), was permitted to have six armies, while each duke or leader of a subsidiary feudal domain was permitted to have three armies. The regulation strength of each army was 10,000 soldiers.】
不知三軍之權，而同三軍之任，則軍士疑矣。:   (3) To not know the balances of power within the three armies and yet hold responsibility for all of them is to cause the armies and their officers to lose confidence. 【PEM: The king gets involved and disrupts what his general staff has been trying to get done.】
三軍既惑且疑，則諸侯之難至矣，是謂亂軍引勝。:   When the three armies fall into chaos and lose confidence, then disaster will come upon one from the lords (i.e., the subsidiary power centers within or near to one's own nation. A typical example would be that of the feudal domains that fought for dominancy in Japan). This is called throwing one's own army into chaos and drawing nigh the victory [of one's opponents].

Applying these principles in business, SunTzu suggested that the business owner has 3 trouble issues at hand, (1) if he does not know when to advance or retreat and thus created a hamstring-ed business, (2) if he takes all matters of the business personally, not knowing his exact appropriate authority (micro-management) and thus created a confused business structure, and (3) if he does not recognize the different levels of authority within the business structure and thus, created a suspicious organization. If the created business organization is confused and suspicious, the competition will rise up and steal a simple victory.