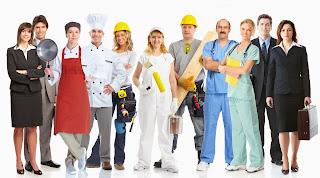 The fucken old guy would call the employees daft, stupid, lack of spurs and many other names, except the correct ones.

He simply had no respect for guys who worked for others. He had been boss for too long. He wouldn't know that employees are also smart blokes. Just that they enrich themselves using another path. In a stable country, it is a good path. Nothing wrong with that. But, the strategy comes short when they are near 40 years of age. During this mid-life crisis, these aging employees start to question themselves about their unwavering dedication to the corporation might have been a mistake. Nowadays the boss seemed to like to rub nose with the sweet young things than to take lunch with the aging employees. All the years of cultivating that loyal employee-pleased boss relationship don't seem to work any more. Time seemed to move more slowly. The office politics more viscous and unforgiving. Your time as an advancing apple-of-the-eye employee had passed. From age 40 to age 90, you still have a fucking 50 more years to go. How to feed the family, kids and insatiable wife / gfs?

She worked for a good couple of decades and had super fast promotions. Yet, the boss didn't bat an eye when she finally had enough and resigned. It was sadness all round.

Initially she was full of zeal. She had plans. For the first 2 months, she travelled like hell and try to establish her base as a young boss. She failed. For the next 4 months, she stayed at home for the lack of funds. She slept all day and all night.

Finally, she woke up one day and said that she had no choice but truly wants only to be boss. Little by little, she changed. She became smoother. She now knows that being boss and owned the job where no one can sack her is the most important decision.

She is now a baby boss. She is hard working. She is creative. She has another 10 years to go to become a true and successful boss.

She will soon find rest ...

The trend is getting worse, even age 35-ers are forced to leave their jobs.
Posted by Unknown at 06:29