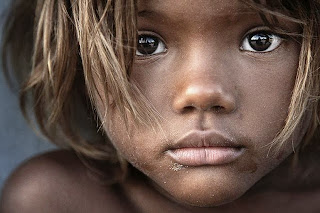 The last part is here:   Story - A Banker and a Fisherman

Looks like every one loves to tell stories. I also wan.

Once upon a time, there lived a gal in suburb of a large city. She was not very educated. She was lazy and used her little beauty to get by. Gradually she was attracted by the golden songs of another large city, like every one else, she went to work in that big city. Her life was tough. She lived in a single room and paid exorbital rent. Her pay was meager and after a few years, she applied for permanent resident and got it too. But, her pay remained very weak.

Her landlady even suspected she was from the kampong and laughed non-stopped at her, without realizing that she had 4 cars at the driveway in a large landed property.

Every dollar she made she spent it away in clothes and food, leaving very little savings for herself. After a few more years, she talked to her elder sister about her future.

Her sister instead of suggesting a way out for her, chided her for being stupid and not hard-working. See ... She went on to an overseas varsity and got qualified as a professional, now she can make multiple thousands at any one time. She therefore asked her sister to be like her to study even more.

She followed her elder sister's advice and went to a tertiary institution for a part-time course. She was very hard-working. After work, she would rush to school for her classes. Interestingly, every time she stared at the books, she would dose off within seconds. After a few months, as expected, she quit the school. Her elder sister laughed at her to no ends.

She was clueless. Even with close siblings, she was burnt upside-down. There was no help. Even her father refused to send her overseas like her elder sister.

Life unfortunately ended quite abruptly for her. No dream. No asset. No money. No harbour.

She then knew this guy who is good in wine-making. She asked humbly for him to teach her business. The guy was a bastard. No good words could come from him. But, he did impart superficially the art of wine-making. She was stupid enough to listen to his half-baked advice. When she has questions in wine-making, instead of telling her, he asked her to consult the internet instead. he's a fucker in every aspect. He was no 伯乐 to her. Her knowledge was not gained from him, but from every key stroke she impressed on the internet.

After a good one year, she announced that her wine is ready for tasting. Her elder sister instead of helping her to spread the good word. The elder sister debarred all her friends from contacting her younger sister.

But, good things cannot be suppressed for long. Soon many of her friends came to know about it and started to buy from her. The authority also got the wind of it and the authority too felt good about the event and have decided to process the wine-making license for her.

As expected, she has grown from someone whom many people would have brushed aside to someone who can stand on her own two little feet and be counted equal among the giants before her.

As said many times before, there are no weak genes amongst us. The only difference if we are either 帅才 or 将才。什么是帅才，什么是将才呢？兵法云：“能领兵者，谓之将”，“能将将者，谓之帅”。

Due to her limited education, she would not be a 帅才 for the time being. But, no one knows, given time, she might tear away and be a true 帅才。 Never underestimate what one can do. Mdm Lu was only a samsui woman, but, she displayed judgement of deadly love offering at age 95. We often heard stories too that a mother can lift a car to rescue her child. Such strength of love can only be given to very determined person. 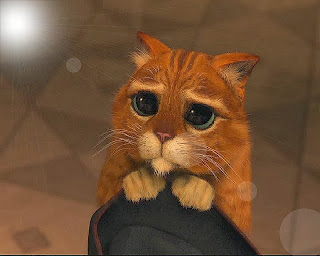 If you classify her as stupid, then I am sure you are already had.

I wish her every success ...

I just pray that the world is fairer and nicer to those who are weaker by virtue of lack of resource allocation. They are never stupid, they are just robbed of what was rightfully theirs.
Posted by Unknown at 00:15